4 July 2020 – News & Announcements. Every 4th of July, I like to pause for a day and wish everyone a Happy Independence Day. But this year, things are a lot different than in previous years. However, let’s not lose sight of what this day really means to us as Americans.

But there are some evil people in this world and they are hellbent on doing as much evil shit as they can get away with. They are trying to divide us with racism, politics, and lies. Because divided we will surely fall as a people and as a nation.

One nation, under God

I firmly believe that most Americans don’t give a damn what their neighbor’s skin color is. But the news media and politicians shove racism down our throats 24 hours a day, seven days a week every election year. So why is that?

Regardless, I strongly feel that we as a nation need to look past that lie. The United States of America is nowhere near as racist as it was after the Civil War. But as our own Pledge of Allegiance states and tries to teach each of us, we need to be ONE NATION, UNDER GOD.

Since March, this nation has been hurting. Businesses closing due to the pandemic and the economy has floundered because of it. Americans need the nation to reopen and so they can get back to work.

But the left doesn’t want you to reopen your business. We are all being used as pawns in a political game of grabbing power and holding on to it at any cost. So we need to stand together regardless of race, religion or creed and tell these criminals; no more!

Because like in 1776, 56 of our forefathers put everything on the line to end tyranny. Many paid for it with their lives and others were destroyed financially. Almost all of them lost their homes. Many of them lost wives and children too – they were murdered.

Freedom isn’t free! What are you willing to do to retain your freedom, your business and your family?

P.S. If you find our articles and videos to be entertaining and educational, take a moment to join our ROI-Ninjas Weekly Kicks club. It’s free and it’s just one email, once per week. There’s no obligation or purchase necessary and you can unsubscribe at any time. Just click on the banner below now to get some awesome stuff in your inbox!

Charles is the owner of C. E. Snyder Marketing LLC. His background includes 30+ years in the fire service.  Since 1999, he has also become a published author and a public speaker from 2004 on.  He is widely respected as the "go-to" guy for Digital Marketing, websites, and SEO, recently being recognized with the <a href="https://cesnydermarketing.com/news-announcements/2020-digital-marketing-award/">2020 Best of Lancaster in Digital Marketing Award</a>. Charles is also known as "The Marketing Ninja" and is a serial entrepreneur.  His favorite quote is "Make Stuff Happen!"  Also, his personal interests include spending time with Ann, his fiancee, playing the occasional video game, and growing mutant eyebrow hairs since getting on the wrong side of 50 years old. 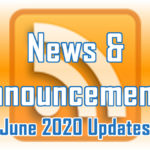 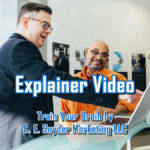 This site uses Akismet to reduce spam. Learn how your comment data is processed.

Happy New Year 2017: Here’s to a safer, happier and more profitable new year! Be safe out there as well as enjoy this time with family and friends!

Company Introduction Video: This is our original intro video from March 2017. The article has been updated with a current screen shot and Charles’ comments.

Memorial Day 2017: In honor of those that made the ultimate sacrifice for our country, our freedom and our way of life. Remember them and thank them.